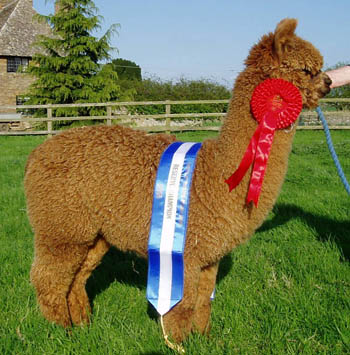 Proud, well built and with the most uniform colouring we could find. With excellent coverage he cuts a big fleece weight (4.1kg for his 5th fleece) and has a very, very friendly character which he has so far passed on to all his progeny.

Barnacre Meketaten sired by Golden Guinea (solid brown female DOB 15th June 2010) was awarded 1st place intermediate, brown champion and reserve Supreme Champion at the 2011 Border Union Show. At the 2011 Westmorland show she was awarded 1st place intermediate brown female and brown champion. The judge, Liz Barlow was so impressed she gave Meketaten a ‘special award’ (the first time we have ever heard of this!) and described her fleece as running your hand through a silk carpet and suggested that breeders and the public alike should check her out, which they duly did! Meketaten also won 1st junior brown at the 2011 Scottish National fleece show with a stunning elite fleece score of 75.5 beating many white fleece scores. Finally, Meketaten was 1st intermediate brown female at the 2012 Northumberland County Show and Brown Female Champion.

Golden Guinea sired a brown cria in 2009, six in 2010, 5 in 2011 and 2 so far in 2012. His progeny at Barnacre are solid brown and and fawn, with lots available for inspection. Every one has inherited his super friendly personality! 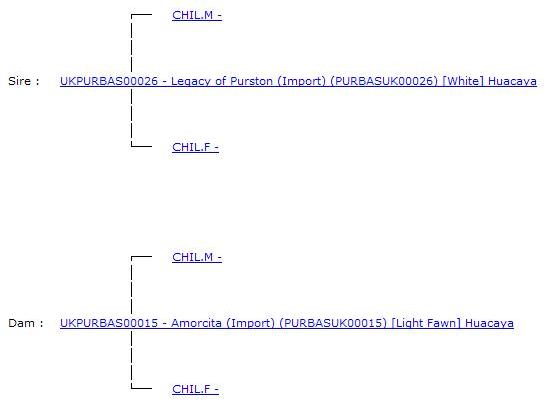