An amazing genetic pedigree from some of the best known alpacas in the world, a brilliant golden fleece, great personality, his first cria on the ground and a Double Champion in the show ring – blimey, it must be Barnacre Sandstorm!

A Champion – Fawn Champion at the 2011 Border Union Show and 2012 Westmorland County Show.

Sandstorm’s first and only progeny so far was born July 2012 and is a beautiful dark fawn girl called Karishma (dam: medium fawn). The fleece and head type have to be seen to be appreciated and he has really improved on the dam!

The first 2 female releases of our core herd (the super friendly Lady Godiva, fawn and the jet black Celestial) were carrying Sandstorm genetics and they were snapped up in days of going on sale by a couple who really appreciate friendly champions – both cria then went on to win 1st place for their new owners at the 2014 Northumberland County Show. 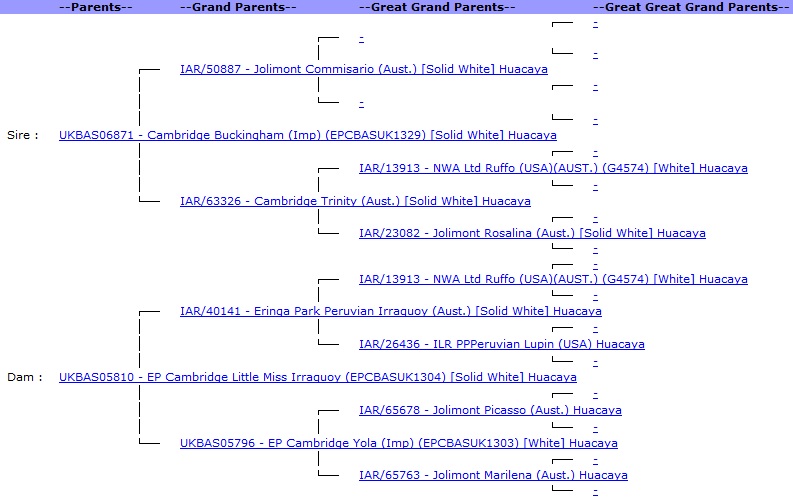