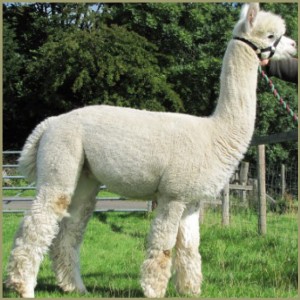 We are privileged and delighted to have secured Legend of Spartacus with his unique genetic mix comprising two outstanding Australian herdsires: EP Cambridge Peruvian Spartacus and Jolimont Commisario.

Physically correct with an appealing face, he has excellent coverage (bonnet to toes) and carries a truly amazing fleece which has cut around 5.5 kilos for the last 3 years.

Legend’s third fleece was shown at the 2009 Scottish national fleece show with a record 152 entries from Cornwall to Aberdeenshire. He was awarded first placed white adult, adult champion and Supreme Champion. Rob Bettinson, BAS judge was very impressed with his elite fleece characteristics. 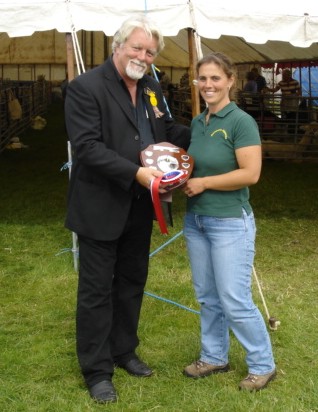 His dam, Giselle, is a stunning female with fleece characteristics commensurate with her sire’s (Jolimont Commisario) legendary progeny.

His first son was shown for the first time at the 2011 Northumberland County Show (Wheelhouse Ivory Star) and was awarded junior white reserve champion. He was then shown at the Yorkshire Show and was awarded 2nd intermediate white male and reserve white male champion – judge Tim Hey said he had the finest fleece in the show.

His first daughter was shown for the first time at the 2011 Border Union Show (Barnacre Casiphia) and was awarded 1st intermediate white female, white champion, Best of British and Supreme Champion. She then went on to be awarded 2nd junior white at the 2011 Scottish National fleece show with a superb score of 80.5 in the biggest class of the show with 25 entries.

Also at the 2011 Border Union Show Legend was awarded 1st place in the sire’s progeny class. The judge said they (Barnacre Casiphia, Barnacre Niveous and Barnacre Wynfor) had great conformation, a pleasing head type and excellent fleeces with not “a cigarette paper between them”.

In July 2012 Alison and John Wiseman of Balnuith Alpacas based in Tealing, Angus decided that Legend’s spectacular genetics and track record was exactly what they were looking for and so became co-owners of Legend. He is now standing at stud in Scotland and available for viewings and mating services, please contact Alison on 01382 380751 or email alison.wiseman@googlemail.com

Some of our favourite client comments about their Legend cria:
“His fleece…bright white and a lot of crimp already” – Pauline C
“Legend of Spartacus looked amazing” – Karl and Lisa B
“Our own great white hope” John and Juliet M, Lavender-Bee Alpacas
“Alice and daughter are doing really well and the cria is now running rings around Alice” Karl and Lisa Birch, Willowbank Alpacas 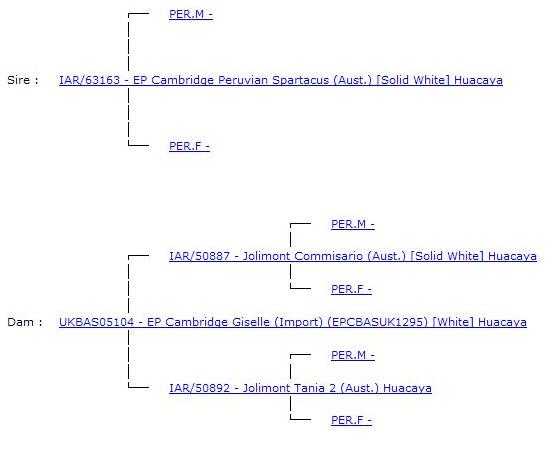